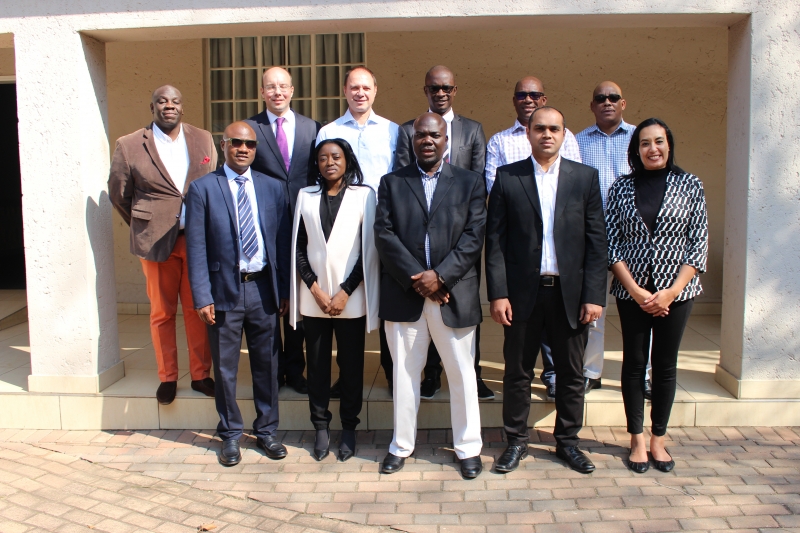 Namibia’s Logistics Hub vision heralds the examination of our logistics performance indicators in the domestic and international logistic arena. It is against this background that the first annual state of logistics report for Namibia was launched in the capital earlier this month.

The report, which documents Namibia’s size and contribution of logistics, was dubbed “a milestone in Namibia’s development as a logistical core for the Southern African Development Community (SADC)” by Works and Transport Minister, Hon. John Mutorwa.

Noting that the Port of Walvis Bay handles 93.1% of the total cargo moving to and from Namibia’s neighboring countries, the report states that cargo volumes grew by 50% to about 800,000 tonnes with January to September freight volumes exceeding the total cargo volume transported in 2017.

During 2017, logistics and transport added about 22.2% value to the country’s Gross Domestic Product (GDP), which is a 1.6% increase from the previous year. Namibia’s railway network transports approximately 1,58 million tonnes of cargo annually and with the improvements on the current rail infrastraucture, rail freight volumes could double within the next five years to six million metric tonnes, representing almost a third of the total freight traffic volume in Namibia.

During the launch of the report, Acting Chief Executive Officer of the Walvis Bay Corridor Group (WBCG), Mr. Clive Smith, spoke candidly about the information contained in the report. “Namibia’s logistics performance index overall score of 2.73 places it amongst the top 50 percent internationally. The index analyses six dimensions of trade logistics, for example the efficiency of the quality of trade and transport infrastructure and the frequency with which shipments reach consignees within scheduled or expected delivery times bears ”, he explained.

Mr. Smith further stated that Namibia’s importance for neighbouring countries’ international trade, especially Zambia, is significant. The report mentions that between January and September, Zambia accounted for 170,755 tonnes of truckloads through Walvis Bay and 133,650 tonnes of exports. It further states that in 2017, Zambia’s imports accounted for 51.8% of all inbound transit cargo via the Port of Walvis Bay, up from 47.9% percent in 2016.

Reiterating that further application of Namibia’s Logistics Master Plan will deepen economic integration and put in place measures to improve competitiveness, Mr. Smith holds that the report is a tool in equal measure. “By working closely with our regional partners, this report can ensure that we continue to implement the agreed strategies”.