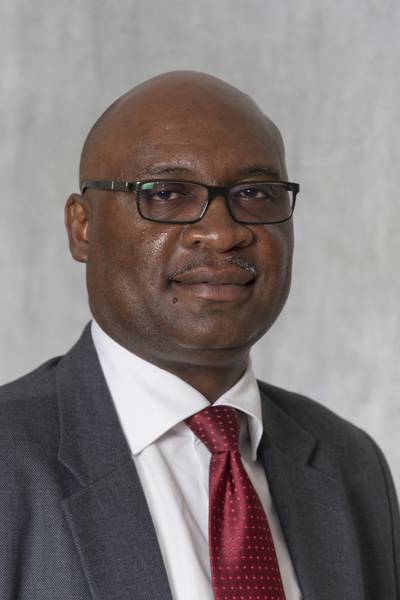 As a convenient multi-functional port, the Port of Walvis Bay is becoming even more agile by further tailoring their services to the transport and logistics industry through its expansion. The latter, representing the advent of a new era, was inaugurated on Friday, 02 August 2019 in the form of the new deep-water container terminal.

According to Namport Acting CEO, Mr. Kavin Harry, this state of the art infrastructure is of critical importance as the vision has always been to transform the Port of Walvis Bay into a regional cargo processing centre. “We are confident that upon commission, the new container terminal and associated developments will in so many ways boost the attractiveness of the port and volumes throughput multifold both in the immediate and long term”, he states.

Mr. Elzevir Gelderbloem, Namport’s Project Manager and Port Engineer explains that the new container terminal on reclaimed land project was born through the realisation that it was physically impossible to further expand the existing terminal.  “Our options ranged from doing nothing to extending berth 1 into the adjacent fishing factory, which would have cost nearly NAD 350 million to relocate, to complete reconstruction of the existing terminal, which would have caused major disruption to port operations.

The new container terminal now stands on 40 hectares of new land reclaimed from the bay within Namport’s current port jurisdiction. Dredging the port and using the sand obtained from the deepening to form the new land created the reclaimed land. The reclaimed land is linked to the existing port land, by a causeway and consists of quay walls, paved areas, buildings, roads, a railway line, ship-to-shore quay cranes and rubber tired gantry cranes amongst others.

With the port’s container handling capacity set to increase from 350 000-TEU to 750 000-TEU once the new container terminal becomes fully operational later this month, the port is not only increasing its throughput capacity, but its efficiency as well. There will be an increase in the port’s bulk and break-bulk handling capacity, as Namport intends to convert the area where the old container terminal is into a multi-purpose terminal.

Running parallel to the commissioning of the new container terminal is the introduction of Industry 4.0 technology to ensure the port can compete against other ports in the region. Speaking candidly about Namport’s use of technology to differentiate Walvis Bay from other ports in the region, Namport ICT executive, Mr. Victor Ashikoto says port automation will allow Namport to conduct business smarter, efficiently, effectively and safely. “Shipping lines and trucking companies are looking for predictable and reliable service,” he says.

Namport’s Acting CEO explained that while other regional ports are investing in developing and upgrading their port handling facilities, that it is pertinent Namibia too develops ahead of demand. “We must maintain the edge over competitors in capturing the region’s emerging business opportunities especially within the hinterland”, Mr. Harry reiterates. Furthermore, the port continues to capitalise on its geographical position by providing Dry Port facilities to three landlocked countries; Botswana, Zambia and Zimbabwe to better integrate the now “sea-linked” markets into its operations.

As trade today, of which 80% is seaborne, continues to play a significant role in increasing wealth in countries, Namport is confident about the positive effect on the country’s economy as a result of its aforesaid developments. A lot of opportunities have been created indirectly as a result of the new container terminal project, which has a positive effect on local and ultimately regional economic growth.

The Namibia Logistics Hub concept therefore remains an integral part of the strategy to advance Namibia’s largest port into the preferred gateway for the southern Africa region and to elevate Walvis Bay to the statuses of Singapore and Dubai in the foreseeable future.